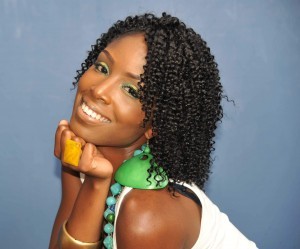 Born on the red soils of Yaounde, Cameroon, on February 18, 1985, Andong Nkobena is the third of five children. At a very early age she found her first love, music, which led to her passion of expressing it through movement. Her keenly observant parents enrolled her into her first modern dance class in Paris, France at the age of ten. By the end of the class, she was chosen to perform a solo to Henri Dikongue’s music for which she received a standing ovation. This was the turning point in her life as a performer.

Andong moved to the United States at eighteen to pursue a bachelor’s degree. In addition of becoming the lead choreographer for her UMBC’s African Student Association in 2006, she also became a member of Les Belles d’Afrique; the two-time African Dance Explosion winners. Together with her group, she has choreographed many African contemporary and traditional pieces, which bring spectators to their feet each time. The finesse in fusing African contemporary dance with modern dance has earned Les Belles d’Afrique a household name. 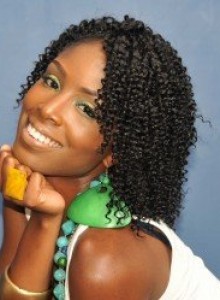 she hopes to continue the trend set by Pearl Primus, who brought African dance to an American audience. Andong wants to present African contemporary dance to the world at large; integrating modern dance, and street dances to ndombolo-coupe decalle. She wants to push limits, like Isadora Duncan, so that audiences may not only know Africa for its beautiful traditional dances but also for its breathtaking new-age contemporary dance.

The contemporary African dance class introduces the fundamentals of coupe decalle and ndombolo in both their music and dance aspects. The history of this contemporary dance style will be discussed and its dance vocabulary established during the course of the class. The basic movements including waist winding/locking with intricate, rapid footwork will be taught weekly. These different dance steps will progressively be built into choreography by the end of the class.  The up-tempo music and high-energy dance steps will allow students to strengthen their core, increase their flexibility and endurance.