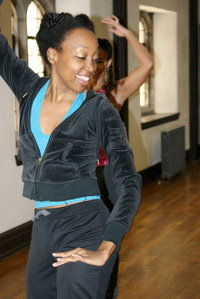 Mesi Walton has been traveling the world as a cultural explorer since 1996.  This first trip to Spain was pivotal as it peaked her interest in finding the historical roots of Africans in each country she visited.  Her explorations took her to countries such as Costa Rica, Guatemala, Puerto Rico, Ghana, Senegal, The Gambia, Brazil, St. Maarten, the Bahamas, Jamaica, and Bermuda.  Needless to say, she was hooked on traveling!

Traveling has given Ms. Walton the opportunity to focus on researching a topic she grew to become passionate about. African people in the diaspora and their cultural practices, as it relates to performing arts.  This combination proved to supply Ms. Walton with so much more valuable information than she ever imagined.  She embarked on a one year anthropological study in Venezuela and Colombia.  While in Venezuela, Mesi was able to study dance, music and theory at the Fundacion Bigott, an institution that specializes in Traditional Venezuelan performing arts.  She was able to obtain over 10 certifications on various styles of Afro-Venezuelan Dance and Music as well as perform at the Bigott several times.  Additionally, Ms. Walton was invited to rehearsals with the world renowned Vasallos del Sol where she also gave workshops in African dance.  From these experiences in the city of Caracas, Ms. Walton traveled to the small towns to view all of the celebrations, to interview the cultural ‘jalis’ of the tradition and to of course – dance and sing in the festivals.

Mesi then traveled to Colombia where she studied and later performed with her company, Nsaa Dance Ensemble in Buenaventura.  Since her travels, Ms. 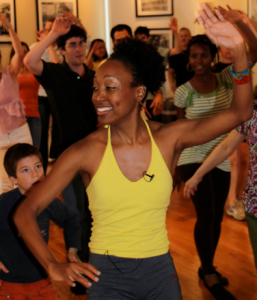 Walton has been invited to perform at festivals in Colombia, conducted dance workshops at the Venezuelan Embassy and has formed her own group, Sonidos Africanos performing at schools and festivals in the United States.  She is committed to continuing her studies of Africans in the Diaspora and hopes to bring more people along for the knowledge.